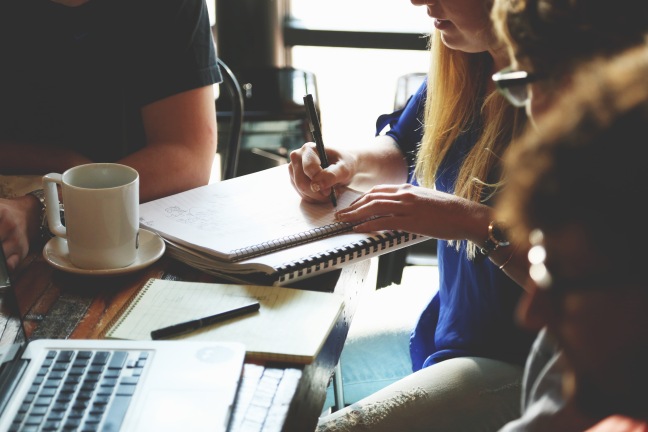 This week, for me, a high schooler, is comparably worse every ongoing year. I am struggling now, and the foreboding picture of college exams does not sound like fun.

I’m not going to go on about how exams and standardized tests aren’t valid, as much as I agree with that, because we are in exam week right now and can’t do anything about it.

This year I decided to give up social media for exam week, along with one of my friends. Facebook, Instagram, Youtube, and most of all Netflix. For me to stop watching Netflix for a week has been the most challenging. What will happen next on Gilmore Girls? Will Luke and Lorelei get together? What about Glee? Or Grey’s Anatomy? Or Parks and Rec?

The initial deleting of the apps was hard. It took a couple minutes, but eventually they were gone. It felt like a weight had been lifted off my chest, but then I started to worry. If something important happened while I was away, how would I know about it? I’ll admit I almost broke my pledge on that first day, but got through it.

I will admit to unlocking my phone and being surprised that the apps weren’t there. Yesterday I received an email from Facebook, telling me that I was missed and about all my notifications! It was only the fact that I was using my school computer, and that Facebook was blocked, that kept me from going to check.

I’ll admit, I’m not sure how much this has helped. I have studied a lot more, but I did get a C on my English exam, which is funny because I am trying to start a blog. This was on grammar though, and I like writing a lot better than grammar. I am not the best writer or best blogger, but I am working on it. I don’t get my other grades until January, which will be grueling, but I think I am doing pretty well. I only have two exams left, and am confident I have passed all my previous exams. So, deleting social media has helped may help me (and you) concentrate, but I think the real problem is that we use social media as an excuse for not wanting to do work. Really the problem is procrastination and laziness. I’m not saying that everyone is lazy, but social media just aids the procrastination which we induce upon ourselves.

Studying for me is something of a chore. I make flashcards, powerpoints, rewrite and reread notes, and sometimes have others quiz me. Many seem to think that studying must be done in many long sessions, being very productive, but it might not always work like that.

“For starters, long and focused study sessions may seem productive, but chances are you are spending most of your brainpower on trying to maintain your concentration for a long period of time. That doesn’t leave a lot of brain energy for learning.” (New York Times)

When you eat breakfast, lunch, and dinner all at the same time, it isn’t as effective as spacing the meals out through the day. The same thing goes for studying. Taking small breaks, or studying a little bit each day, is a much better and time saving way to study than spending six hours on the information the night before the test.

“And not surprisingly, sleep is an important part of good studying. The first half of the sleep cycle helps with retaining facts; the second half is important for math skills. So a student with a foreign language test should go to bed early to get the most retention from sleep, and then review in the morning. For math students, the second half of the sleep cycle is most important — better to review before going to bed and then sleep in to let the brain process the information.” (New York Times)

I love to sleep, and just about everyone I know loves to sleep too. The one problem I have with going to sleep earlier is not being able to wake up in the morning. I am a night owl, and waking up early in the morning is torture, but it is worth a shot.

To all high school and college students, good luck on your final exams!

I know I said in my first post that I would probably post once a week, and I probably won’t post again for another day or two, but I think this is important.

It is exam week and me and my friend are giving up social media.

This is going to be rough and I already have wasted time trying to do who knows what, but for some reason when I (temporarily) deleted those apps it felt reassuring.

Teens spend an average of 9 hours a day on social media , and I don’t want to be a part of that.

This year in English, we are writing editorials about a controversial topic, and here are a few snipits of mine, about-you guessed it!-social media and the dangers it holds. Keep in mind it is nowhere near completed…this is just a draft!

Putting it’s best foot forward, social media hides the real problems; showing lives told through pictures, captions, and selfies. A life behind the screen rivets teens. From the dead of night to during school, every minute, spare or not, social media consumes it. Waking up in the morning with dark circles and glossy eyes is not just because of sleep deprivation. Being glued to a screen is now a norm, and the addiction is real.

It has continuously been proven that social media harms the academics of students, but we still continue to integrate technology into our learning, while many students use it to peruse the internet. On average, students who use social media score 20% lower on tests. In a recent study, it was found that college students who texted during class had a lower recall about the topic, and students who texted while doing homework had lower grades. Another study found that Hispanic teenagers who spend more time on Facebook had lower scores in math. Social media has been linked to sleep problems, and with students logging on late at night, this is no surprise because this interferes with homework. Half of teens say they usually use social media while doing homework, and over two-thirds don’t believe it affects their work. However, in many studies, specifically one at Stanford University, it was found that there is a decrease in processing information and cognitive control between students who were heavy media multitaskers and light media multitaskers.

With the rising popularity of social media, there has also been a rise in cyberbullying. Over one-half of teens have been bullied online, one in three having received a threat, yet over half of these teens don’t tell their parents. Cyberbullying appeals to the bullies because they can hide behind a screen. In 2011, only 32% of colored adolescents reported being victimized because of their race, and now that number has risen to a shocking 50%.

When all the evidence points toward it, why have we not done anything to change this? *To discount this information is not something that we want to do. Countless articles, reports, and studies have found the information, but we still are standing by and watching as the lives of teenagers are being swept up by the media; the digital world we live in continues to dominate. Two-thirds of parents still don’t have rules set in place regulating their child’s screen time, and children younger than two years are exposed to a world of screens. “In the era of social media, such comparisons take place on a screen with carefully curated depictions that don’t provide the full picture. Mobile devices escalate the comparisons from occasional to nearly constant…Madison Holleran’s suicide provided what might be the ultimate contrast between a shiny Instagram feed and interior darkness” (New York Times). The chain of college suicides needs to be a wake up call. It needs to be an illustration of the power social media has, and now more than ever, its grasp is getting stronger. 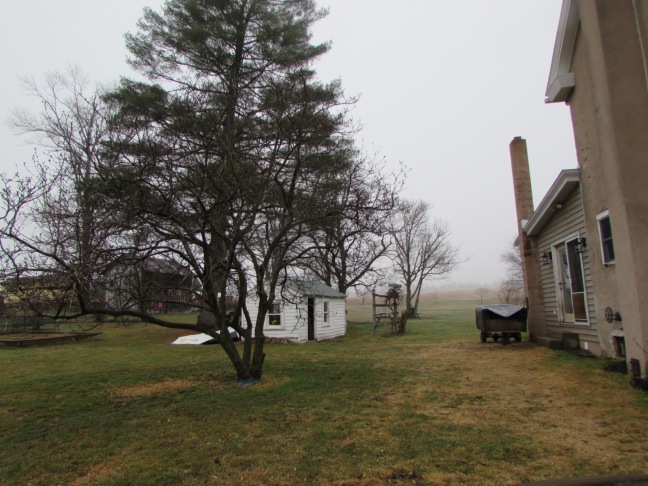 When I was trying to figure out a name for this blog, I really wanted to do a name that was unique and I didn’t have to add “site” or  “blog” onto the end without paying money because I really don’t have a ton of money. All the good names were taken, of course, so I settled on the name Fevers.

So, this blog isn’t really for any particular reason. I guess its just one of my many projects…I had a blog a really long time ago that I basically ghosted, but I hope this one will last. I will try to post once or twice a week, probably Monday and/or Fridays, but midterms are going on right now, and as any student would understand, I have some major studying to to….if I get off the internet to actually study. Well, me and my friend are going to do a social media free week for midterms, but we will see how that goes…

Photo: Taken in PA at my grandparents farm. I am by no means a professional photographer, but I might share some photos or artwork every once in a while.

My name is Adeline

Actually, Adeline may or may not be a pseudonym, but all will be revealed in good time. Cheers!